This piece was originally published by e-lacrosse.com on June 7, 2007 and was written by Bill Curtis, Rebel Lacrosse Wear.

While it was the third annual Sweden Box Lacrosse tournament which took place recently in Stockholm, Sweden, it was the beginning of a new tradition as an international tournament of note. Teams from Finland (Turku), Germany (BLax), Holland (Ballerup & Gladaxe), Norway (Oslo), USA (Rebels) and Sweden (Skoghall, Sundbyberg, Nordia, Soderkoping and FoC) participated in a two-division structure with a guarantee of four games played. Hans “Rolle” Johnson was the organizer and the primary reason for the tournament’s great success.

The facility was a state of the art hockey arena with a sport court floor, along with regulation box goals, which were made specifically for the tournament. The concession stand and lunch area, that overlooked the playing field, was fully prepared to serve all of the players and fans. Rolle also went the extra mile by flying in officials, Martin Ensey & Ted Polinsky from Baltimore, Maryland. The visiting teams had various accommodations including hotels, hostels, boats, cars and some even camped out at the arena in tents. Many teams brought their own fan base. The Finish Turku team had one of the most spirited and colorful group of fans at the tournament.

The games started early Saturday morning with match-ups between Division 2 teams, which included Sundbyberg, Oslo, Nordia, Skoghhall Pirates, Gladsaxe, and Soderkoping. By the end of the day Oslo and Sundbyberg were the top teams in their division. On Sunday it was the local Sundbyberg team that took home the Division 2 trophy. 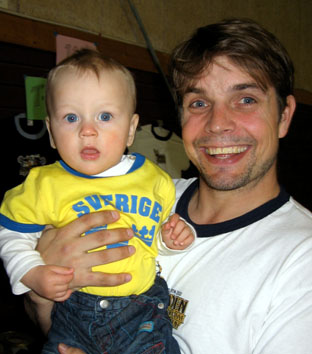 In the Division 1 bracket, the games on Saturday started out with defending champions FoC vs. BLax. This game was a very physical and hard fought game with FoC coming out on top. The other match up was host team Nordia A vs. Rebels. This was the first tournament Rebel had participated in since the 2005 incident in the HBA cup in Prague, where Rebel was a 3X tournament champion. Rebels came out the victor and it looked to be a head on collision with FoC and Rebels in the championship. One of the most exciting games, that had everything you could imagine, was the game between Turku vs. Ballerup on Sunday. The game was so competative that one player from each team had broken a hand and had to be rushed to the hospital. The crowd noise was so loud it was hard to hear the referee’s whistle. Turku came out of the game with a victory and the fifth place spot. 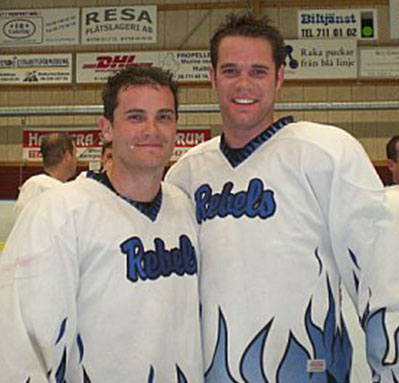 Sunday had two other great semi-final games that matched up local Stockholm rivals FoC vs. Nordia A. This game went down to the wire with FoC scoring the game-winning goal in the last minute to put them in the championship. The Rebels match up against the BLax team was a lopsided battle due to the Rebels fire power, but Marten Schnitzler (German National Team member) from the BLax made it interesting by scoring three goals. The Championship game was set: Rebels against FoC. It was a great game with action on both ends of the floor. The Rebel goalie, Ginny Capicchioni, earned tournament MVP by only giving up five goals in the championship game and averaging 4.6 goals per game against her for the tournament. 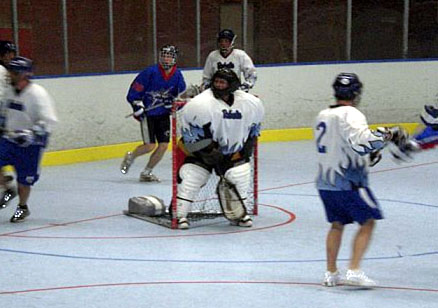 With the Rebels offense scoring an average of 14 goals per game they were a very tough team to beat. FoC had the National Team Players like John Sagrelius, Magnus Hall and Magnus Franzen, but it just was not enough to match up with the Rebel team. As the Rebels hoisted the trophy, the atmosphere was buzzing about the growth of box lacrosse in Europe. 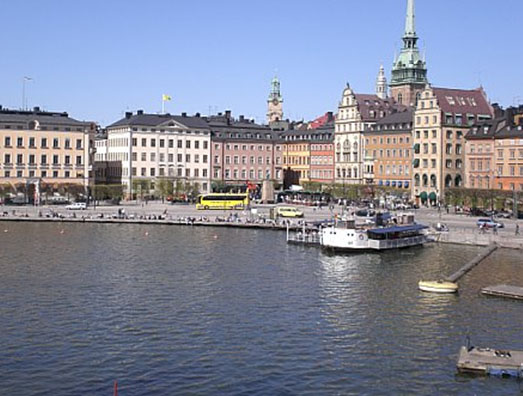 Many of the Rebel players have had a major influence on lacrosse development throughout Europe. Joe Ondracek & Pavel Dosly, both Czech National players, were both major components to the Rebel team’s success on and off the floor. Pavel was considered to be one of the most valuable Czech players in the World Indoor Championship. 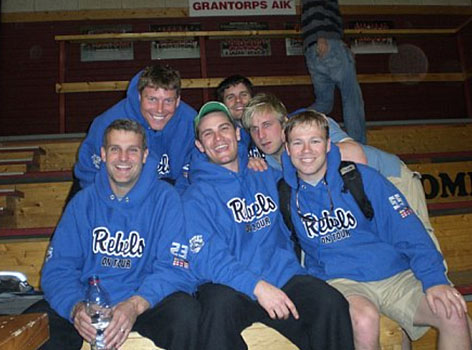 Risto Worthington, a Rebel player, had his own following. Being a Finish National player and coaching the Turku team in the tournament, he received many cheers from the Turku lady fans. Mike Lynch, the token Canadian who was a Irish National team member in the Box World Championships, only lost an amazing two faces-offs the entire tournament.

Dave Sturiano has been everywhere promoting the game of lacrosse, as a past Welsh National player and a member of the USA World indoor Team was a major asset to the Rebel Team.

Another USA World Indoor Team member, Bill Curtis, helped in the scoring column tallying 5 goals in the final and has been involved in the development of European Lacrosse since 1995. Andrew Wasik and Marcus Mayus were the New York scoring tandem, with hidden ball tricks and flashy high stepping from the left side were unstoppable. Rounding out the Rebel Team were the speedy ground ball kings Coleman Devlin and Scott Prestridge.

Devlin in Leather, Turku Fans, and Pavel aka Johnny Knoxville

Both of these players are veteran Rebel team members, who have been around the world promoting Box Lacrosse with the Rebel Wear team for many years.

Team Rebel Wear has been involved in European Lacrosse since 1996, running coaches clinics and camps, helping club teams organize and run tournaments in addition to playing in international events.

The Sweden Box Lacrosse Tournament will become a fixture for the growth of box lacrosse in developing areas all over Europe. There have already been reports that many of the European countries that participated in World Indoor championship this spring are considering sending teams to the Stockholm event next year. 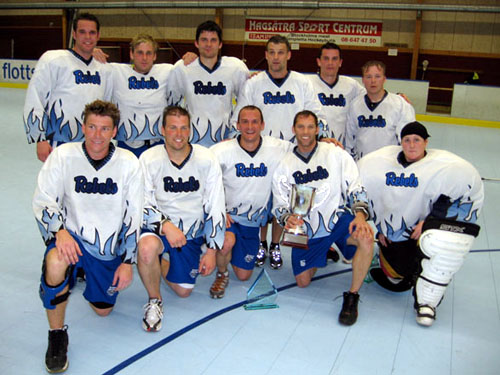