I am using the ‘Outlook on Life’ survey data to investigate if age or education play a role in whether people think blacks and other minorities are treated the same as whites in the criminal justice system (W1_K4 in the codebook) or in whether they have trust in the legal system (W1_K1_C in the codebook). Both of these categorical response variables have multiple levels, as do the explanatory variables. Since the Pearson correlation is a measure of the linear correlation between two X and Y quantitative variables I am going to complete this assignment using the GapMinder data instead. 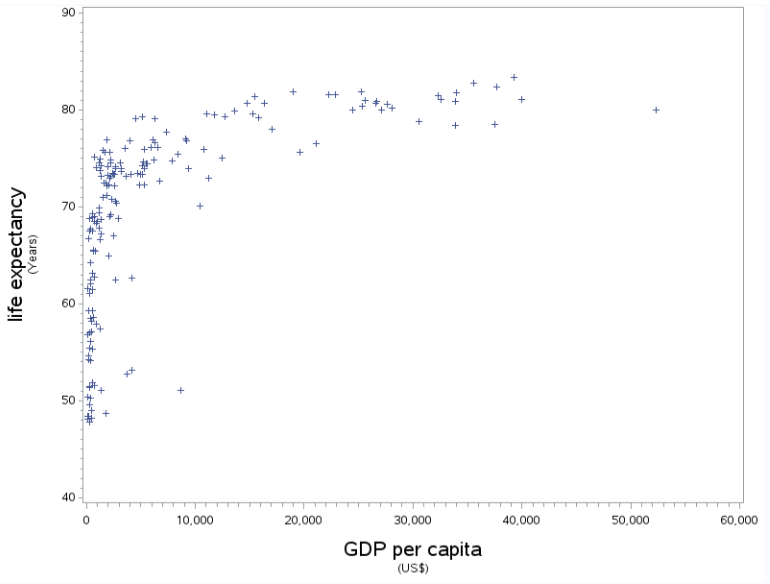 Reviewing the output tables shows the Pearson correlation coefficient, r, is equal to 0.60 (moderate strength) with a p-value less than 0.0001 so the correlation also holds for the population. r-squared is equal to 0.36 which means that 36% of the variability in life expectancy can be explained by the variation in GDP per capita.

Full results available as a PDF

Full code of the SAS program is shown below.

Just to see what the results would be I examined Pearson correlation coefficients for several of the Outlook on Life variables. The first two were the original questions I was interested in.

See the results table below.

General findings are that although there are several variables with p-values less than 0.0001, indicating statistical significance for the population, there are few strongly correlated variables as indicated by r - the Pearson correlation coefficient. The largest r-value of 0.45 for personal income and education indicates a moderate strength relationship and yields an r-squared of 0.20 which means only 20% of the variability in personal income can be explained by the variation in education. Regarding the original two questions - belief that blacks and minorities are treated the same as whites in the criminal justice system and general trust in the legal system, neither appears to be strongly correlated with age, education, income, living with someone convicted of a crime, feelings toward white people or people in jail, or attendance of religious services. 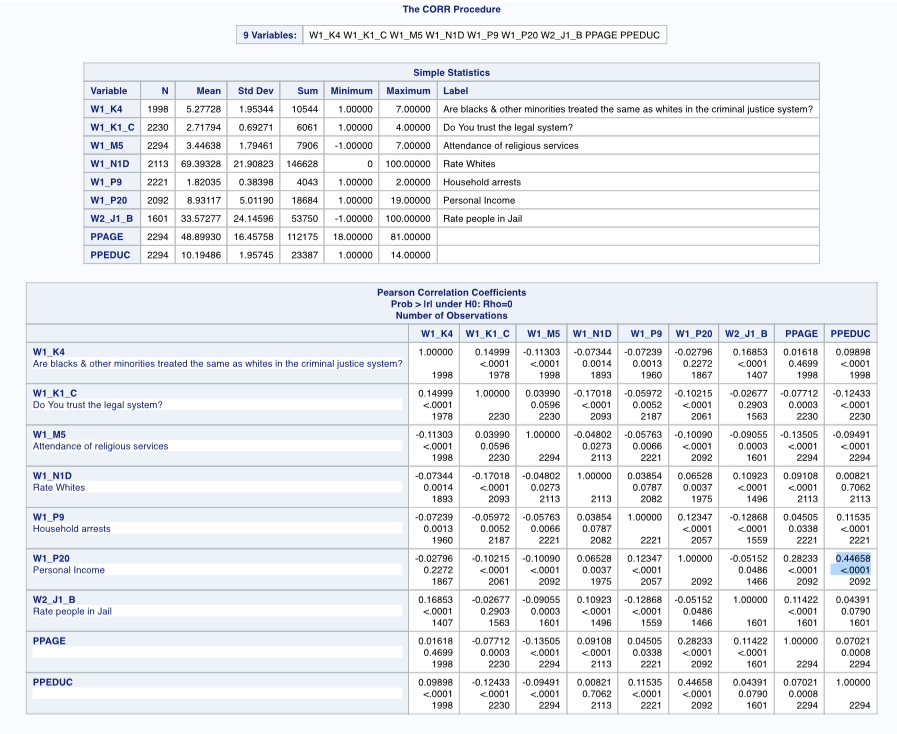