There is no moment of delight in any pilgrimage like the beginning of it.

I am not really sure where or when my pilgrimage began but I know that I have delighted in every moment. Maybe my lifelong love affair with the outdoors started here, at Joshua Tree National Monument. I don’t really know but it seems as good a time and place as any. In January 1994 I took a three week trip to Joshua Tree to camp, rock climb, and learn about myself. Like the ancient prophets seeking isolation, serenity, and freedom from convention the qualities of this arid and unforgiving land drew me in and I came to appreciate the stark beauty contained there. Prior to the trip I had never been in the wilderness for such an extended period of time and I believe the experience of sleeping out in the open under the expanse of the Milky Way and of observing the quiet beauty of the winter desert landscape made me fall forever in love with all places wild and remote.

I explored many of the wonderful areas like the Wonderland of Rocks, Indian Cove, Hidden Valley, Quail Mountain (1,773 m / 5,814 feet), and Cottonwood Springs. A favorite memory is a pre-dawn hike up Quail Mountain on New Year’s Day to ensure I caught the very first light of the new year from the summit and celebrate all that lay ahead. 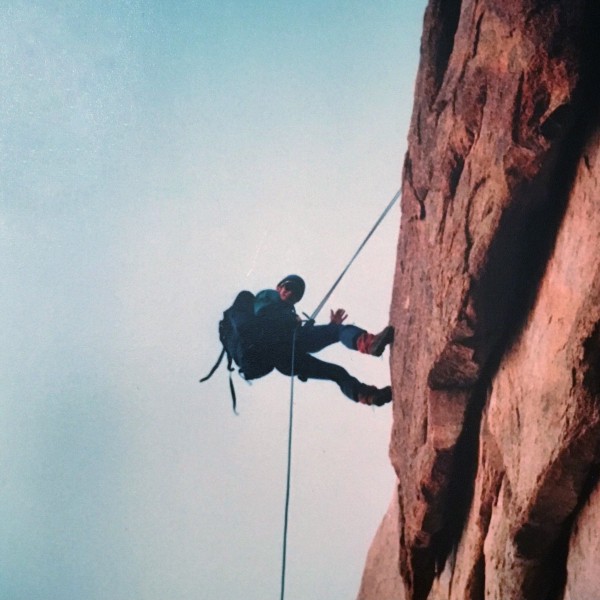 I also enjoyed learning to rock climb by practicing many bouldering routes in various locations throughout the park as well as learning the basic skills of belay climbing (top rope) and a few basic wilderness rescue skills.

I performed a 72-hour solo, setting up camp in a secluded location far from any trail and remained there, alone, for the entire period while fasting and meditating. The experience allowed for deep reflection and further bonded me to this special place—nature had become my refuge, temple, and solace. 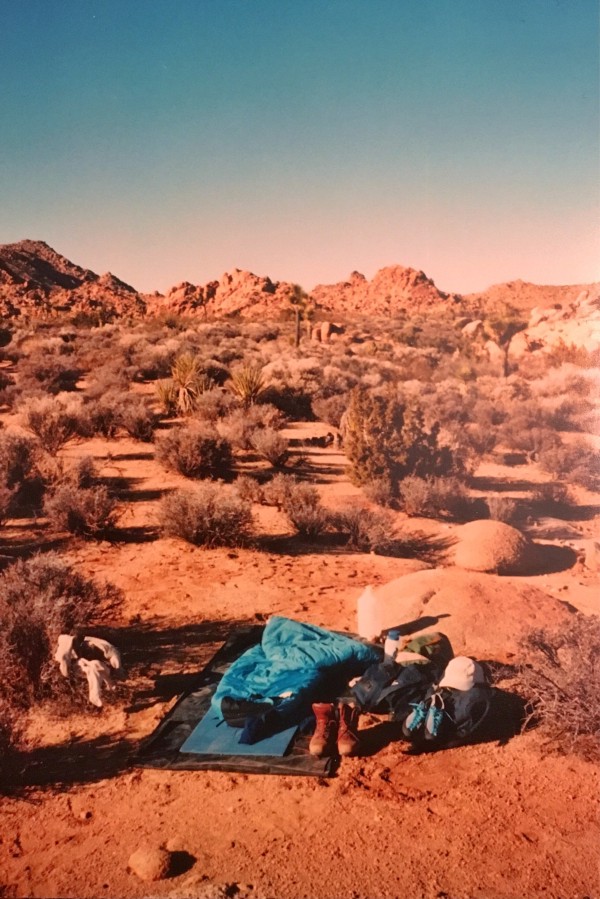 Proclaimed a National Monument in 1936 by President Franklin D. Roosevelt Joshua Tree was administered by the superintendent of Yosemite National Park until 1940 when the monument gained its first superintendent. It did not become a National Park until October 31, 1994 as part of the Desert Protection Act proposed by Senator Dianne Feinstein and signed into law by President Bill Clinton.

Joshua Tree was set aside to protect natural resources unique to the three ecosystems that converge within the boundaries: the Colorado Desert, an extension of the Sonoran Desert; the Mojave Desert along the northern boundary of the park which provides the habitat for the park’s namesake, the Joshua tree; and the Little San Bernardino Mountains on the western edge of the park which provide habitat for California juniper and pinyon pine.

I speak for the trees.

Recreational activities in the park abound and include hiking, camping, climbing, driving, birding, and astronomy. The park is well known for its dark skies and is a popular southern California location for amateur astronomy and stargazing. The park’s elevation, dry desert air, and distance from any California light pollution make for excellent observing conditions.

Get outside, do and see more, and enjoy the places that move you, Joshua Tree National Park is one of mine.

How the park got its name: named after the iconic Joshua Tree (Yucca brevifolia) that is native to the area.