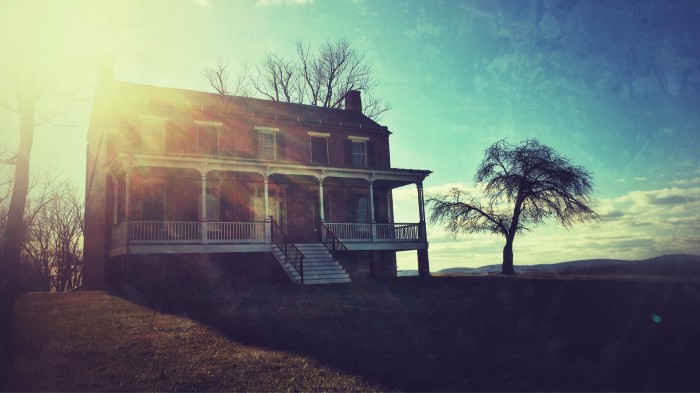 I have lived more or less within a 40 mile radius of Frederick, MD for 20 years and until Friday had never been to the national park there. Monocacy National Battlefield is a unit of the National Park Service (NPS) having been approved by Congress in 1934 and is located just southeast of Frederick, MD. It would be over 50 years before Congress finally appropriated funds and the land was acquired in the late 1970s and turned over the the NPS for interpretation and maintenance.

The park preserves the site of a key battle of the Civil War fought in the summer of 1864 during the Confederate Army’s third and final invasion of the North. The Battle of Monocacy is less famous and was far smaller than the nearby battles of Antietam and Gettysburg but was a key to the defeat of the Confederacy. The battle delayed Confederate forces headed to capture Washington, D.C. just enough that Union forces were able to move into Fort Stevens and other Washington, D.C. defenses and just days later force the retreat of the Confederacy. At Monocacy, a small, vastly outnumbered army held its ground against repeated assaults by a much larger, battle-experienced Confederate force. Although the Union ultimately lost the Battle at Monocacy it was a key to the larger victory. 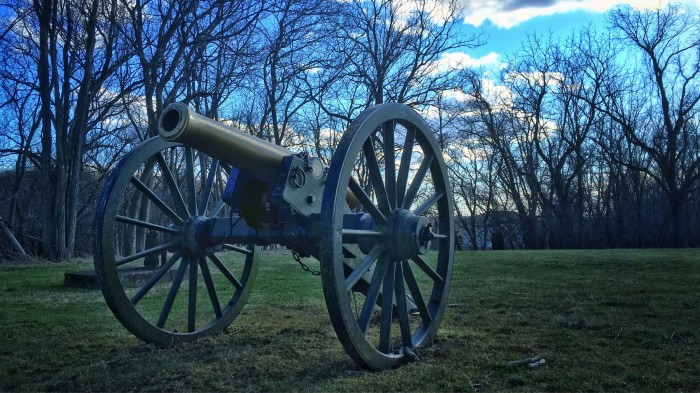 Today the park consists of several stops along an automobile tour route. The visitor center on the north end should be the start followed by stops at various area farms where the battles were fought:

Most of the action was centered around Worthington and Thomas farms with Thomas Farm being captured and recaptured repeatedly throughout the battle and Worthington Farm serving as the battlefront of the Confederate forces after they forded the Monocacy River onto the property.

The best hiking opportunities are at Worthington Farm where the Ford Loop Trail will take you around the farm land, down by the river’s edge, and back. The best hike for a view is the Brooks Hill Loop Trail departing just steps away from the porch of the farmhouse. The trail descends through some woods before crossing a small stream and then climbs a nearby ridge with excellent views of both Worthington and Thomas Farms. From the peak of the ridge continue down the backside and wind up back in the fields of the Worthington Farm.

Overall this is a hidden gem of a park for those in the greater D.C. area. Easily accessed from I-270 with terrific sightseeing and hiking opportunities make it a perfect day trip. Get outside, do and see more, and enjoy the places that move you; Monocacy National Battlefield is one of mine.